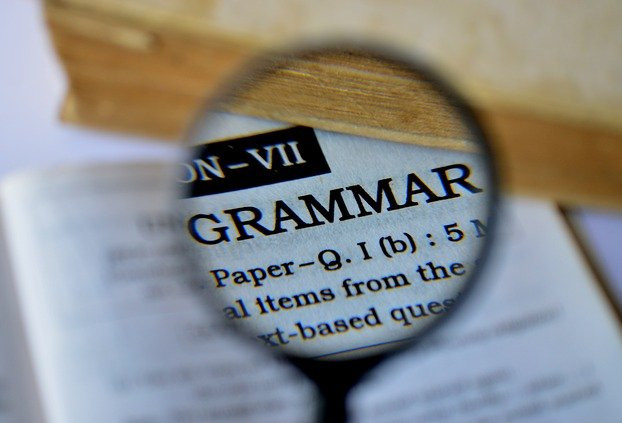 A Caveat and Affiliates

First off, a little caveat: within my articles you will find affiliate links, meaning if you buy them, I get a small commission. Your cost is not affected. In addition, I am an Amazon Associate and I earn from qualifying purchases on Amazon.

And yes, if I say that I recommend a product here, it means I truly believe it is a good product. I refuse to recommend any product that I have not researched and believe to be a good value.

Even better, I provide you with a very clear picture of the product, it’s use, and the probable value.

Earning your trust is important to me. I run this website myself and the commissions and donations help support the site.

Sound reasonable and fair enough? Let’s continue to the article.

Our tips allow you to follow correct apostrophe grammar rules in all of your writing. For those needing extra help, these apostrophe rules and examples provide an easy guide to follow.

The apostrophe is likely to cause more grief than all the other marks of punctuation put together! The issue almost always seems to arise from not knowing that in English, the apostrophe has two very different (and very significant) uses: possession and contractions.

In languages using the Latin alphabet and some other alphabets, the apostrophe (‘ or’) character is a punctuation mark and often a diacritical spot. Apostrophe used for three purposes in English:

Even for native English speakers, apostrophes (‘) may be confusing. They are not hard to learn, though, if you can recall a few apostrophe grammar rules. 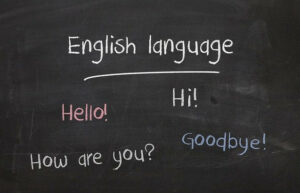 Uh? Confused? With examples of each one in effect, let’s look at these apostrophe grammar rules. You’ll know when to use this flexible punctuation mark for contractions, dates, ownership, last names, and words that end in’s’ by the time you finish reading this short guide.

Ownership, also known in the grammar world as possession, often demands apostrophes. In the case of nouns and pronouns, this is true. You’ll use some apostrophes and s, depending on whether your noun is singular or plural.

Possessive phrases and phrases confuse many individuals, including self-proclaimed nerds of grammar. You need to understand when to use’s or s ‘, plus when to use an apostrophe after the name of’s.’

The general rule for forming possessives

The general rule is that the possessive is formed by adding an apostrophe and s to a singular noun, whether the singular noun ends in s.

To demonstrate that one person/thing owns or is a member of something, use an apostrophe + S (‘s).

Yes, even if the name ends in “s,” to create the possessive form, it is still correct to add another “‘s” To make them possessive, it is also acceptable to add only an apostrophe to the end of singular nouns that end in “s” In this case, for Ross, you can show possession either way:

Whether the item possessed is singular or plural makes no difference. To say that the room (singular) is his and that the sports teams (plural) are his, we use ‘Ross’s.’

To indicate possession, use an apostrophe after the “s” at the end of a plural noun.

Plural nouns typically do not require an additional ‘s’, such as twins and teachers. Add an apostrophe to indicate ownership after the ‘s’ and stop using ‘es.’

If a plural noun does not end in’ S.’

To create the possessive form, a plural noun does not end in “s,” add an apostrophe + “s.”

Use an Apostrophe with Last Names

When they see last names, many people can’t resist adding unnecessary apostrophes. While spreading holiday cheer, chatting about mates, or shopping for home décor, beware of apostrophe violence. Only to illustrate ownership should they be used.

Incorrect:   Festive Greetings from the Smith’s

Correct:       Festive Greetings from the Smiths

If you can’t resist the urge to add an apostrophe to your surname, make sure it shows possession.

Exceptions to the general rule of apostrophe grammar rules

When they are followed by sake, nouns that end in an s sound take only an apostrophe.

A proper noun is left as is, which is already in possessive form.

When you want to make the word it possessive, write its, not it’s. It’s is a contraction for it is.

Another exception that confuses for similar reasons is whose and who’s.

The most common use of apostrophes in English is for contractions, where a noun or pronoun and a verb are combined.

Remember that the apostrophe often replaces a letter that has dropped. It is a place where the letter would have been missing in that case.

When you combine two words to make a contraction, you’re always going to take out a few letters. Use the apostrophe instead.

When you connect two words, the apostrophe is a grammatical stick that holds them together. This missing letter, or letter, is called an omission.

Contractions are usually considered relatively casual. If you’re writing something very formal, you might want to avoid using it except in cases like o’clock, where the full phrase (of the clock) truly is rare.

As we use apostrophes to shorten some of the words, we can also shorten the years (but not turn back the clock, unfortunately).

When we write a year formally, we usually use four numbers. Take 1989, for instance.

In the same way that can’t be a more informal way of saying that we cannot, we can use apostrophes to express informally for decades.

I have, you have, we have, they have

I would; you would, he would, we would, they would

you are, they are, we are

The general rule is that you should not use the apostrophe to make the plurals of names, abbreviations or dates made up of numbers: just add-s (or -es, if the noun in question forms its plural with -es).

(e.g., She buys big bags of organic apples and carrots.)

(e.g., Local MPs are divided on this issue.)

It is essential to remember this grammatical rule.

There are one or two cases in which it is acceptable to use the apostrophe as a plural, purely for the sake of clarity:

You can use the apostrophe to display the plurals of single letters:

You can use the apostrophe to display the plurals of single numbers:

Mentioned above are the only cases in which it is generally acceptable to use an apostrophe to form plurals: remember that an apostrophe should never use to create a plurality of common nouns, names, abbreviations or numerical dates.

Using these apostrophe rules and examples should provide you with the information you need to improve your writing. Of course, our apostrophe grammar rules are only part of the writing experience. Sign up for our newsletter and updates for more writing tips!

Advertisements
We use cookies on our website to give you the most relevant experience by remembering your preferences and repeat visits. By clicking “Accept”, you consent to the use of ALL the cookies.
Cookie settingsACCEPT
Manage consent

This website uses cookies to improve your experience while you navigate through the website. Out of these, the cookies that are categorized as necessary are stored on your browser as they are essential for the working of basic functionalities of the website. We also use third-party cookies that help us analyze and understand how you use this website. These cookies will be stored in your browser only with your consent. You also have the option to opt-out of these cookies. But opting out of some of these cookies may affect your browsing experience.
Necessary Always Enabled
Necessary cookies are absolutely essential for the website to function properly. This category only includes cookies that ensures basic functionalities and security features of the website. These cookies do not store any personal information.
Non-necessary
Any cookies that may not be particularly necessary for the website to function and is used specifically to collect user personal data via analytics, ads, other embedded contents are termed as non-necessary cookies. It is mandatory to procure user consent prior to running these cookies on your website.
SAVE & ACCEPT